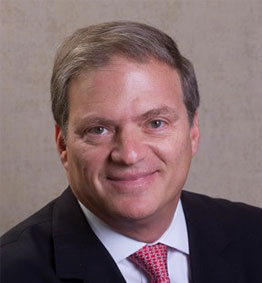 Almost 40 years of practice in litigation, as well as more than 20 years of practice in national and international arbitration. Has vast experience in complex dispute resolution, having worked on a multitude of the most important disputes in Brazil in the last years, related to matters such as commercial and corporate law, contracts, civil liability, administrative law, antitrust and competition, corporate restructuring and bankruptcy, election, environment, family and successions, insurance and reinsurance and real estate. Represents clients from various sectors, including infrastructure, construction, energy, oil and gas, mining, financial markets, banking, technology and telecommunications, among others.

Member of the Board of the Brazil-Germany Chamber of Commerce and Industry – AHK, a position that had already been previously held between 2012 and 2014. Director of the Brazil- Germany Chamber of Commerce and Industry – AHK (2014-2019). Recommended Lawyer (“Vertrauensanwalt”) of the German General Consulate in Rio de Janeiro. Presided the work group created by the Rio de Janeiro State’s Public Attorney General to regulate the use of arbitration by the State of Rio de Janeiro (2017-2018). Also acts as an arbitrator, included in the lists of Brazilian arbitral institutions.

Member of the Public Attorneys Commission (Comissão de Advocacia Pública) from 2001 to 2003 and, since 2003, Arbitration Committee of the Brazilian Bar Association – RJ.

Member of the Institute of Brazilian Attorneys, since 1993.

Member of the German-Brazilian Association of Attorneys, since 1988.

Founding member of the German-Portuguese Association of Jurists, since 1991.

Member of the Brazilian-Israeli Association of Attorneys and Jurists, since 1998.

Member of the ICC Brazil Arbitration and Mediation Commission.

Member of the Center for Studies for Attorney Partnerships (CESA) since 2003, being a part of the sub-committees on Regulatory Agencies and Arbitration.

Member of the International Bar Association (IBA), since 2010.

Member of the Brazilian Arbitration Committee (CBAr), since 2014.

Other activities, including pro bono work

Member of the board of the ORT Technology Institute, since 2009 and the Jewish Welfare Union (União – Associação Beneficiente Israelita), since 1990. Participated as arbitrator in various national and international competitions, since 2017.